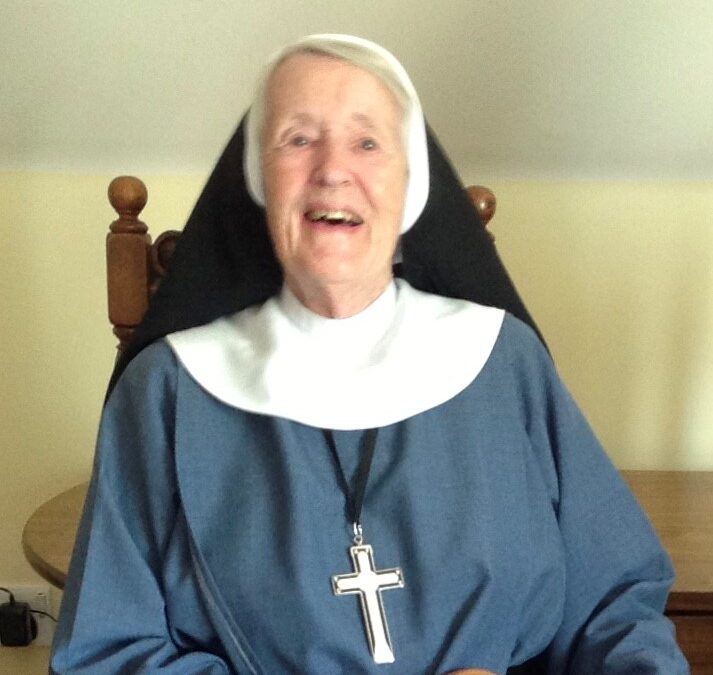 Our Sister Honor Margaret, aged 96, in the 65th year of Life Profession, died on Sunday 13th September at about 1pm from a brain bleed in the JR Hospital, Oxford, after two and a half days of care. We were able to visit her in pairs freely at any time (with no masks needed by her bed) and experienced caring and sensitive staff. On the evening Sister Honor Margaret entered A&E she was entirely herself except for some difficulty in finishing sentences. The next day she had no speech but could communicate with nods and smiles. The two sister visiting her sang a Respond for a Religious and she mouthed the words with them. The following day she was withdrawn with eyes closed, but we continued to give loving messages and played her a recording of a Bach performance. The next day, Sunday, we anointed her and prayed for her to be welcomed into heaven. Twenty to thirty minutes after we left, her free and independent soul departed to the life beyond.

Honor has been an increasingly wise, friendly and sometimes challenging presence for us since she’s been on our Convent Infirmary Wing. She will be greatly missed by her Sisters, her family and close friends and by those who have cared for her on St Raphael’s Wing. May she rest in peace.